Hello, I’m Rodi (already in the UK) and I’m Adopted 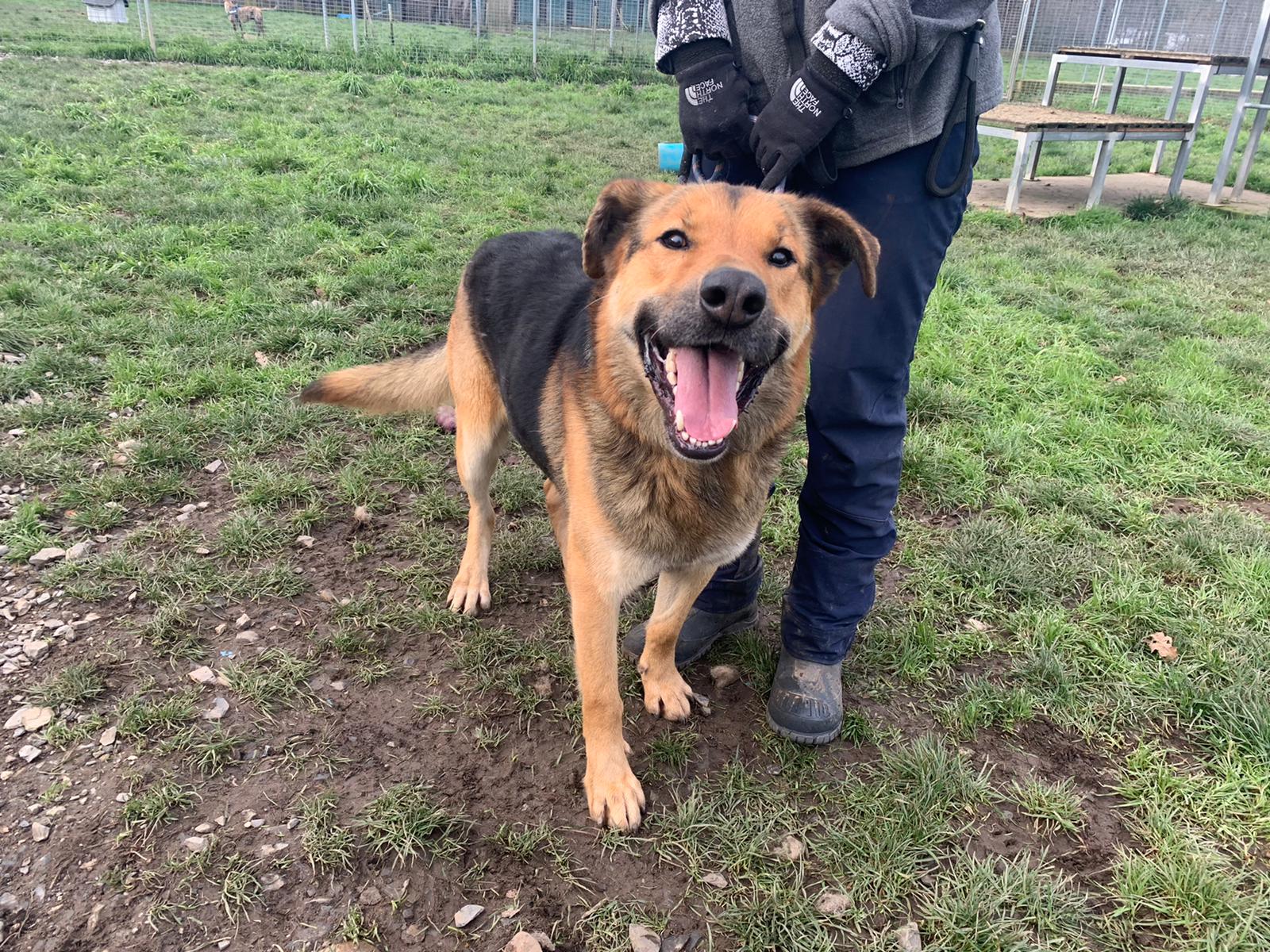 Measurements: waiting to be measured

This is Rodi, a five year old German Shepherd who was taken to the pound when his owner could no longer look after him due to old age.
He arrived with an elderly dog he had lived with all his life who has now been adopted. He misses his companionship very much.
Rodi was alone in the pound and very nervous and stressed. He just wanted to leave the pound and be with a loving family. To add to his situation he was attacked by the other dogs in the kennel and had bites all over his body. His pain was now physical and psychological.
With the help of a loving supporter we have managed to relocate him in boarding kennels where he is proving to be a good hearted dog with lots of energy.
Rodi will be a great dog for a family that knows how intelligent German Shepherds can be and can give him an active and exciting life.
A wonderful supporter has offered to cover Rodi’s transport to the UK, so any prospective adopter will just have to cover the preparation to travel which will be just £200.
If you are interested in adopting Rodi, please fill in an adoption form here.

Do you want to learn more about Rodi (already in the UK)?

Browse our dogs, find your new best friend. Make sure he/she is suitable for your circumstances.

After you contact us, we will send you a pre-adoption form. We will check your home and request some info about you.

Receive an adoption pack with all the info you need, to get ready for your
new friends arrival.